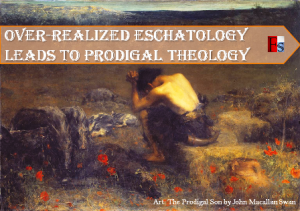 Okay, today I want to share a 3 hour video entitled “Church of Tares – Updated Director’s Cut”. This will likely take most of the weekend to complete, but I think it is very important. This film represents a concerted effort to diagnose the problem with the Purpose Driven movement, the Seeker Sensitive and Emergent church movement, and the New World Order (or Social Gospel or Dominionism) implications of Rick Warren’s “Peace plan”.

If you have never looked into the backgrounds of the following celebrity pastors, or churches, or organizations, and have never realized their common influences, I think you should really find some time to watch this video.

Something not fully covered in this film, is the connection between C. Peter Wagner and the entire New Apostolic Reformation (NAR) (which covers Bill Hammond, Cindy Jacobs, Bill Johnson, Rick Joyner, etc.) and his being influenced by John Wimber of Vineyard.

If you recognize some of these individuals as false teachers, but consider others sound, I encourage you to explore how they are all interconnected and interwoven. As always, don’t watch this film with an open mind, but scrutinize the Biblical claims made by the film, and weigh the video and audio evidence presented of each of the teachers.

I recommend breaking the video up in at least 2 major sections, with the split mark at roughly 1.5 hours when the focus of the film shifts away from the “new way of doing church” deception and starts delving into the influence of Peter Drucker and how Rick Warren’s Peace plan flows from an unbiblical social design concept. Peter Drucker isn’t even a Christian, by the way, yet the foundations of Saddleback and Willow Creek church are built on Drucker philosophy and principles. The case of that assertion is made in the film.

The Goal here is for you to understand how all of these ministries are connected, and what is at the root of the problem. These are HUGE mega-churches by design, and that design does not come from the Bible. Their size and influence means that you have friends and family who are enticed or even a part of these systems. Pray for them. I’m not saying force them to watch this video; rather, point them to the Word of God as the ONLY source of Truth about the One True God. Each of these pastors twist scripture, and teach doctrines of men. I didn’t discover this network until I started practicing Biblical discernment (nearly one year ago) and really looking at the scriptures that Craig Groeschel was misusing in his sermons. The Mega-Church isn’t just some special, isolated, phenomenon, it is a multi-headed hydra of sorts designed intentionally and engineered by Peter Drucker.

Next week, we will get back to studying the Word of God, but I truly feel this video is important for discerning what is behind the visible, popular, church of today.

Jude 1:24-25 Now to him who is able to keep you from stumbling and to present you blameless before the presence of his glory with great joy, to the only God, our Savior, through Jesus Christ our Lord, be glory, majesty, dominion, and authority, before all time and now and forever. Amen.

May the Lord Bless you and keep you in His Word,
In Christ Jesus,
Jorge